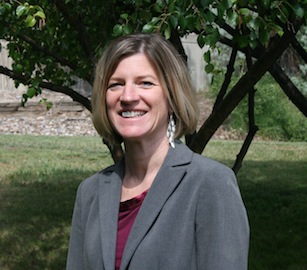 Ms. Alt focuses on criminal defense cases of all severity as well as domestic relations cases.

In addition Ms. Alt has shared her experience and assisted in teaching other attorneys trial skills, and legal strategy.

In 2009, Ms. Alt left the Public Defender’s office in metro Denver to move to Durango with her family. From 2009-2010 Ms. Alt maintained a solo practice specializing in criminal defense and family law. She also contracted with the state to serve as Guardian ad Litem for children involved in delinquency, domestic, and dependency and neglect cases.

In 2019, Ms. Alt was appointed by the Governor to serve on the 6th judicial District Nominating Commission.

In her free time, Ms. Alt enjoys spending time with her family, and her mountain bike.

Client Reviews
★★★★★
"Mr. Greenberg was the attorney for my husband's business. He was very professional and did a great job. No nonsense, just did the job right the first time." Sue
★★★★★
"Unfortunately, I found myself in need of a defense attorney. When I asked around for a referral Ingrid’s name consistently came up as the best, so I hired her. Upon working with Ingrid, I can now attest that she is excellent in every way. She is competent, highly skilled and personable. I felt that Ingrid genuinely cared about my case and my well-being throughout the legal process. Hopefully you will never need a defense attorney. However, if you do I strongly recommend Ingrid Alt, LLC" Anonymous
★★★★★
"I had the fortunate experience of utilizing Dan McGuinness's vast knowledge of Divorce law and procedure…Dan helped me understand the correct procedure to respond and advised me on my rights, plus the best way to present my explanation in my response. Dan's expertise really helped me to prepare the exhibits that helped to validate my side of the case. Dan directed me by showing me the specific statutes in the law to support my response which were key in my case." Marty
View More
Submit a Law Firm Client Review