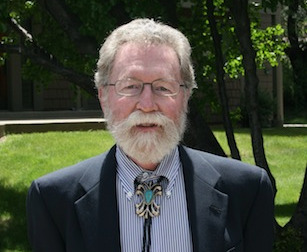 David H. Greenberg has been a criminal trial lawyer in Durango, Colorado for nearly 30 years. He has defended at trial over one hundred cases in multiple courts in the State of Colorado, ranging from juvenile sex assault charges to countless DUI’s, drug possession, distribution charges, domestic violence and sexual assault cases. He has defended multiple cases where his clients were facing first or second degree murder charges, manslaughter or criminally negligent homicide charges.

David’s practice emphasizes state and federal criminal trial work, as well as appearances in Southern Ute Tribal Court where he has been admitted to practice for almost 25 years. David has devoted 26 years to protecting and defending the rights of those accused of criminal conduct. David is the “Dean” of the defense attorneys practicing in the 6th Judicial District (La Plata, Archuleta and San Juan counties) and the founding partner of Greenberg, McGuinness & Alt, LLC. Predecessor firms where he was a member include Duncan, Dickinson, Malick & Greenberg, PC and Greenberg & Herringer, LLC.

David practiced as a Deputy District Attorney for 3 years prior to going into private practice in 1988. It was his experience in the D.A.’s office that helped launch his lengthy and successful career as a prominent defense attorney in the State of Colorado.

Over the years David has represented attorneys, physicians, veterinarians, teachers, nurses, airline pilots, musicians, inventors, common laborers, the employed and unemployed without regard to their socio-economic status.

The evolution of David’s law practice has resulted in a focus on DUI defense. David is a member of the National College for DUI Defense and completed its intensive summer session curriculum conducted at Harvard Law School in July, 2013. David has been recognized by the DUI College for his efforts as a criminal defense attorney dedicated to the defense of citizens accused of driving under the influence. David is also a member of the Colorado Criminal Defense Bar, the Colorado Bar Association and the Family Law Section of the CBA.

David spends much of his leisure time bicycling and supporting Liz, his wife of 28 years, in her pursuit of and her passion for breeding and showing Standard Poodles.

With almost 30 years of zealous advocacy, David still offers his clients a relentless approach to defending their cases. His sincere commitment to seeking a just result for every client is paramount, and his pursuit for justice provides his clients with an uncompromising defense.

Perhaps the father of a recent client said it best when he left the following voicemail for David on March 10, 2014:

“I am forever grateful for all of the caring and thoughtful work you did for our son during a very difficult time. Your office sent me the dismissal notice today and I wanted to take an opportunity to thank you. You’re a skilled lawyer; we’re so fortunate we engaged you to help our son, but much more than that you’re such a compassionate person. I think of all the fields of practice, whether it is law or health care, there can seem to be a kind of a fast-paceness to it, but right from the beginning I saw you as a caring, compassionate soul taking the necessary time to help my son with his illness – it just meant so much to me. You’ve just done wonderful things for our family”.

Client Reviews
★★★★★
"Mr. Greenberg was the attorney for my husband's business. He was very professional and did a great job. No nonsense, just did the job right the first time." Sue
★★★★★
"Unfortunately, I found myself in need of a defense attorney. When I asked around for a referral Ingrid’s name consistently came up as the best, so I hired her. Upon working with Ingrid, I can now attest that she is excellent in every way. She is competent, highly skilled and personable. I felt that Ingrid genuinely cared about my case and my well-being throughout the legal process. Hopefully you will never need a defense attorney. However, if you do I strongly recommend Ingrid Alt, LLC" Anonymous
★★★★★
"I had the fortunate experience of utilizing Dan McGuinness's vast knowledge of Divorce law and procedure…Dan helped me understand the correct procedure to respond and advised me on my rights, plus the best way to present my explanation in my response. Dan's expertise really helped me to prepare the exhibits that helped to validate my side of the case. Dan directed me by showing me the specific statutes in the law to support my response which were key in my case." Marty
View More
Submit a Law Firm Client Review